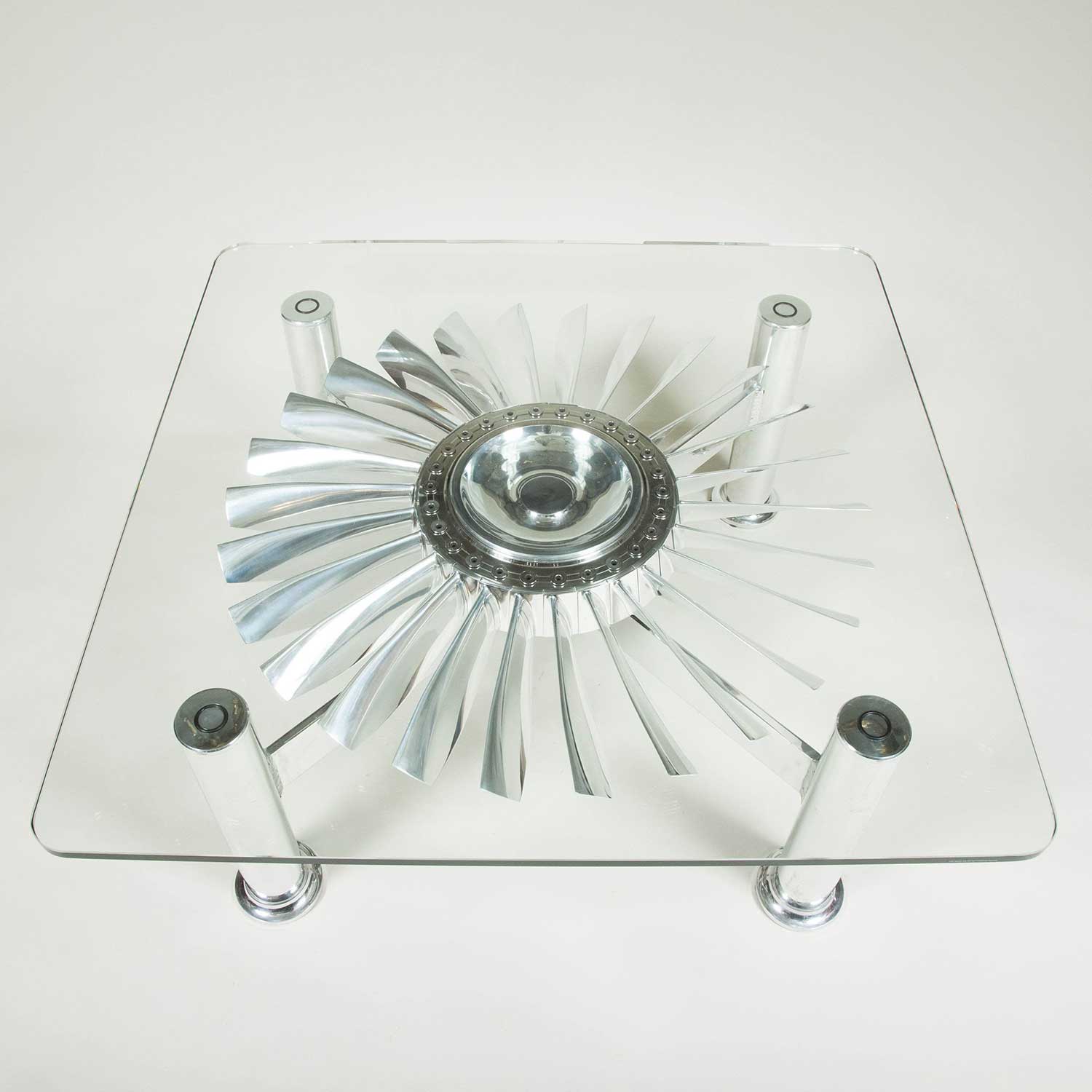 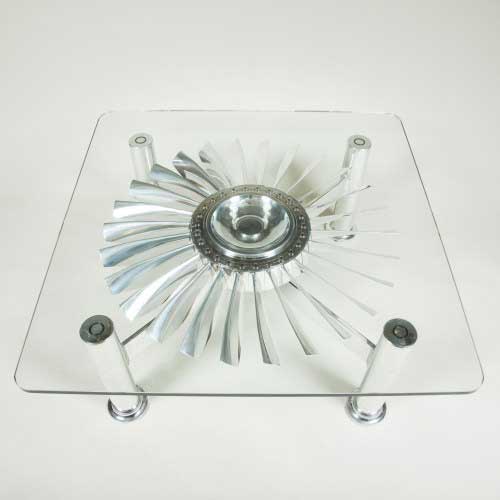 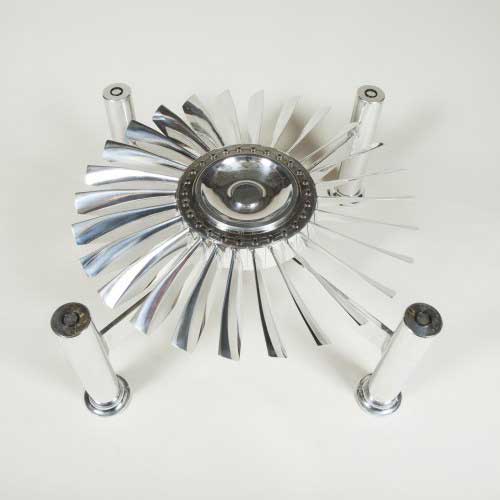 A turbine table with a turbine from a Rolls Royce Spey jet engine used to a power a Hawker Siddeley Nimrod, circa 1970.

The Rolls-Royce Spey is a low-bypass turbofan engine originally designed and manufactured by Rolls-Royce that has been in widespread service for over 40 years. Intended for the civilian jet airliner market when it was being designed in the late 1950's, the Spey concept was also used in various military engines, the militarized version of the Spey, was designated the RB.168, and was used on the Blackburn Buccaneer, McDonnell Douglas F-4 Phantom II, and the Hawker Siddeley Nimrod MR1/MR2 which this turbine formerly powered. 2 afterburning Spey RB.168s also powered Richard Noble’s jet-propelled car Thrust SSC, which set the World Land Speed Record, on 15 October 1997, when it achieved a speed of 1,228 km/h (763 mph) and became the first car to officially break the sound barrier in the Black Rock Desert in Nevada. 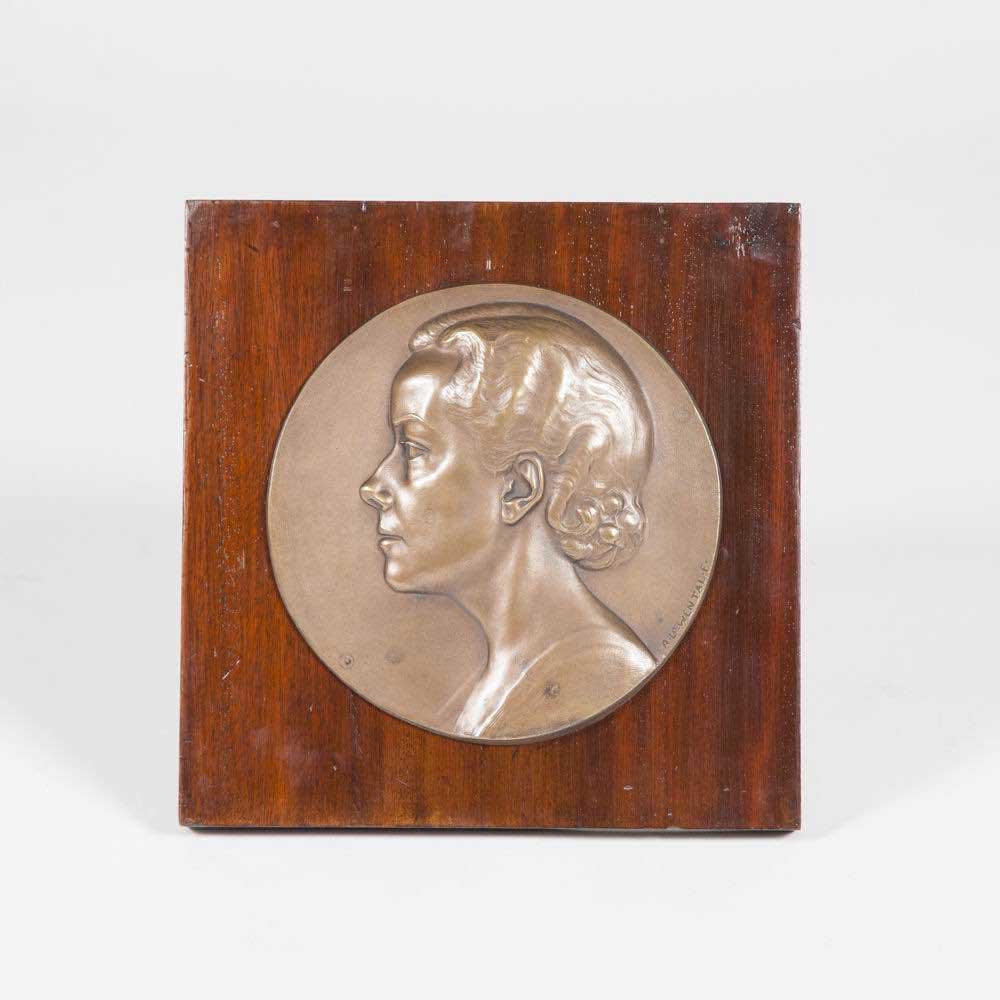 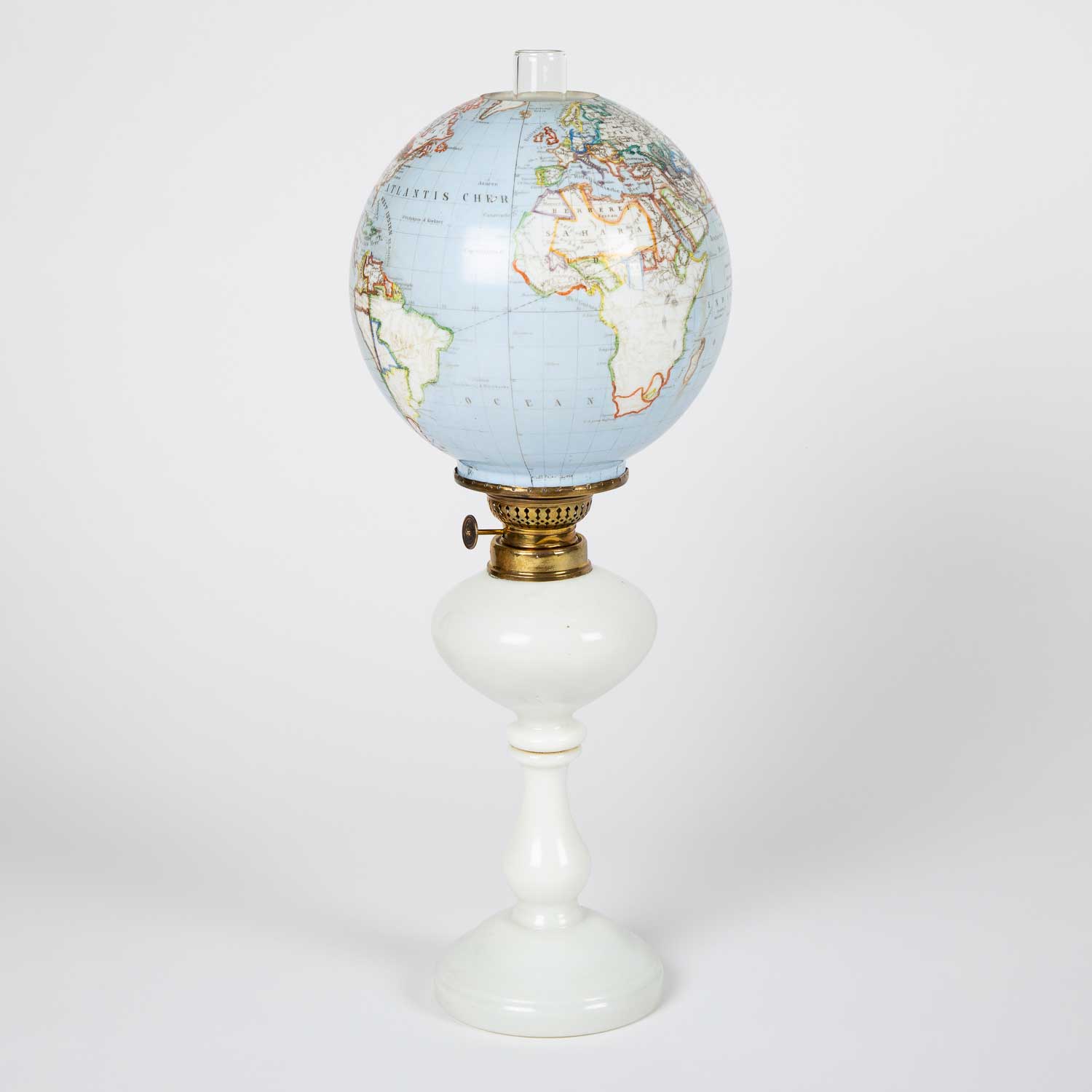 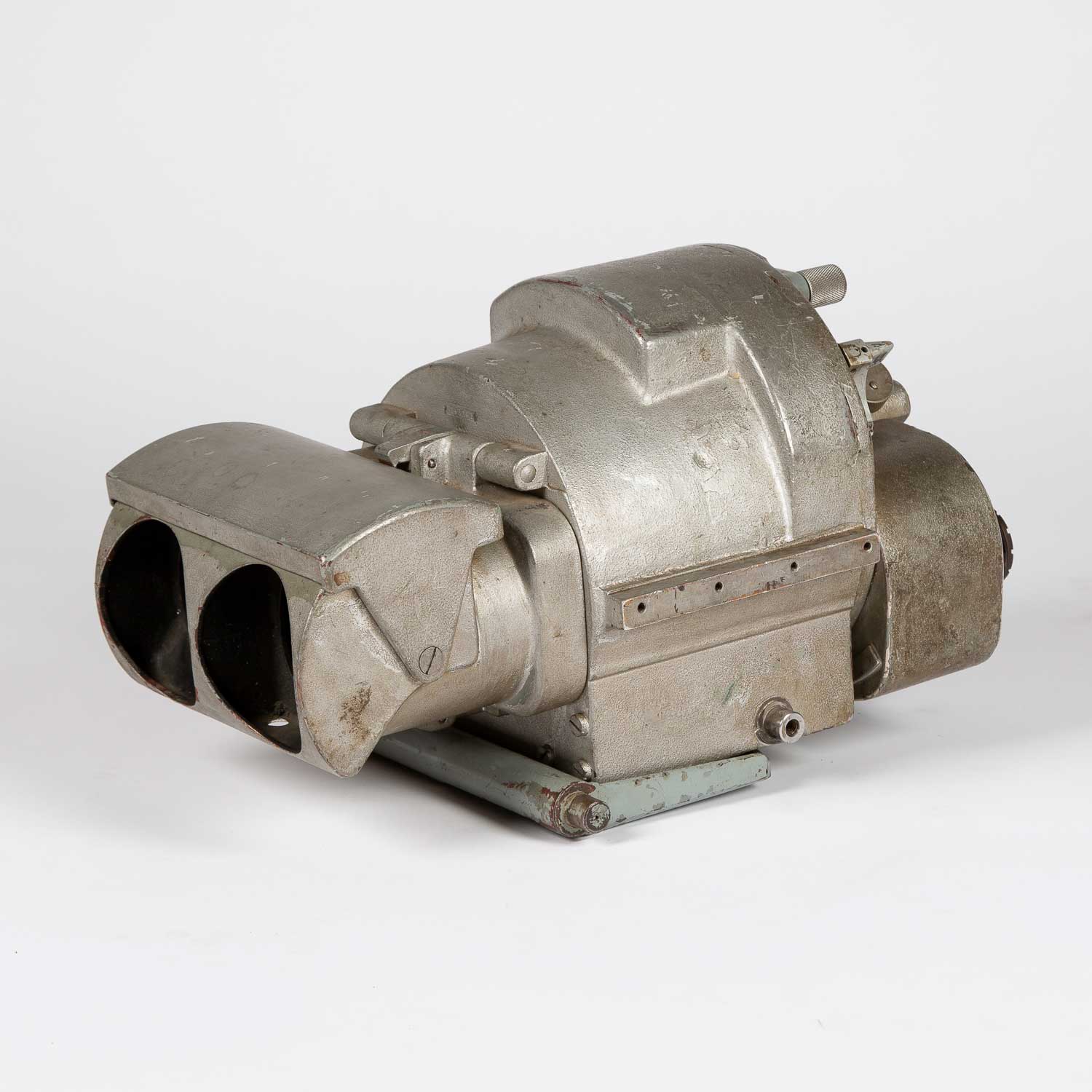 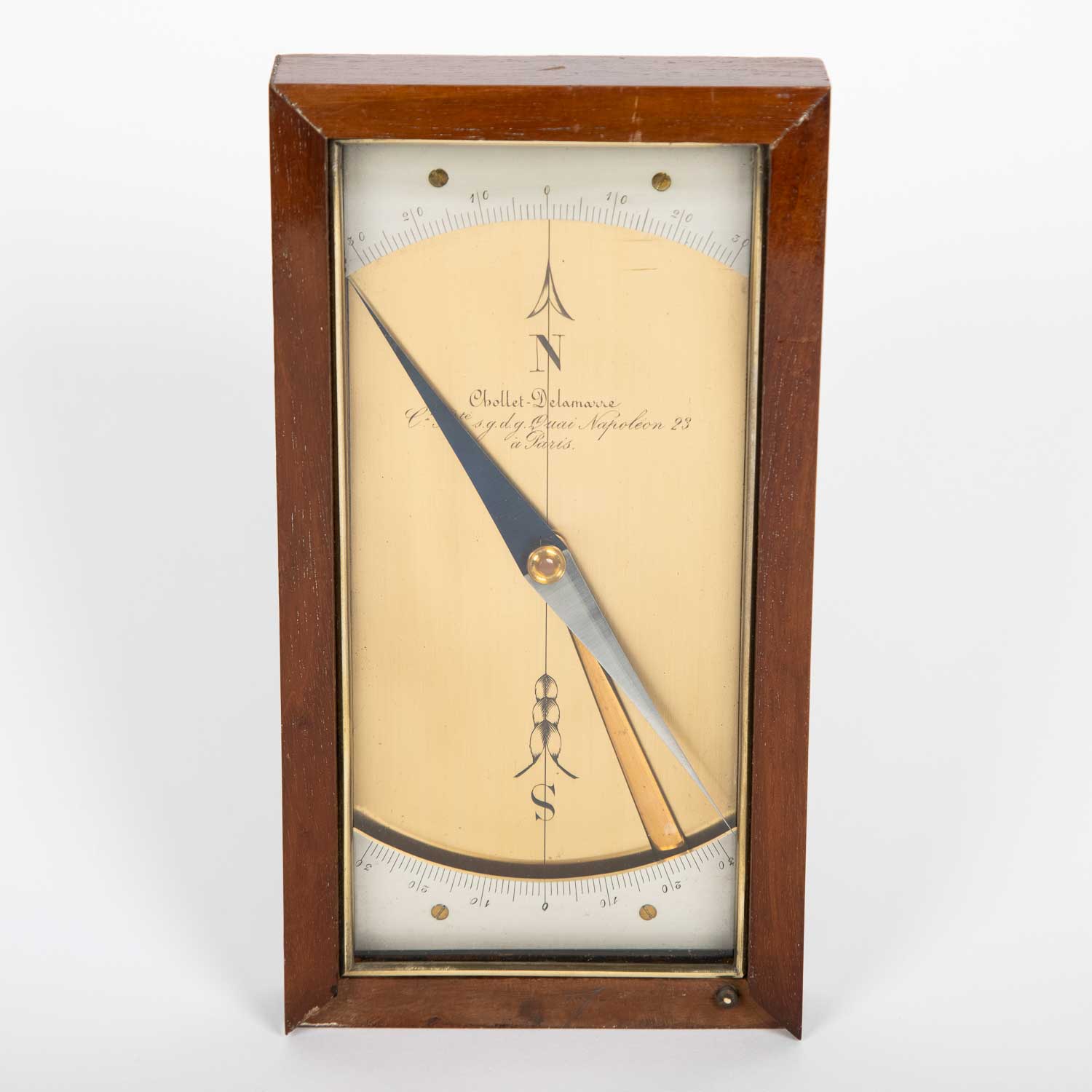