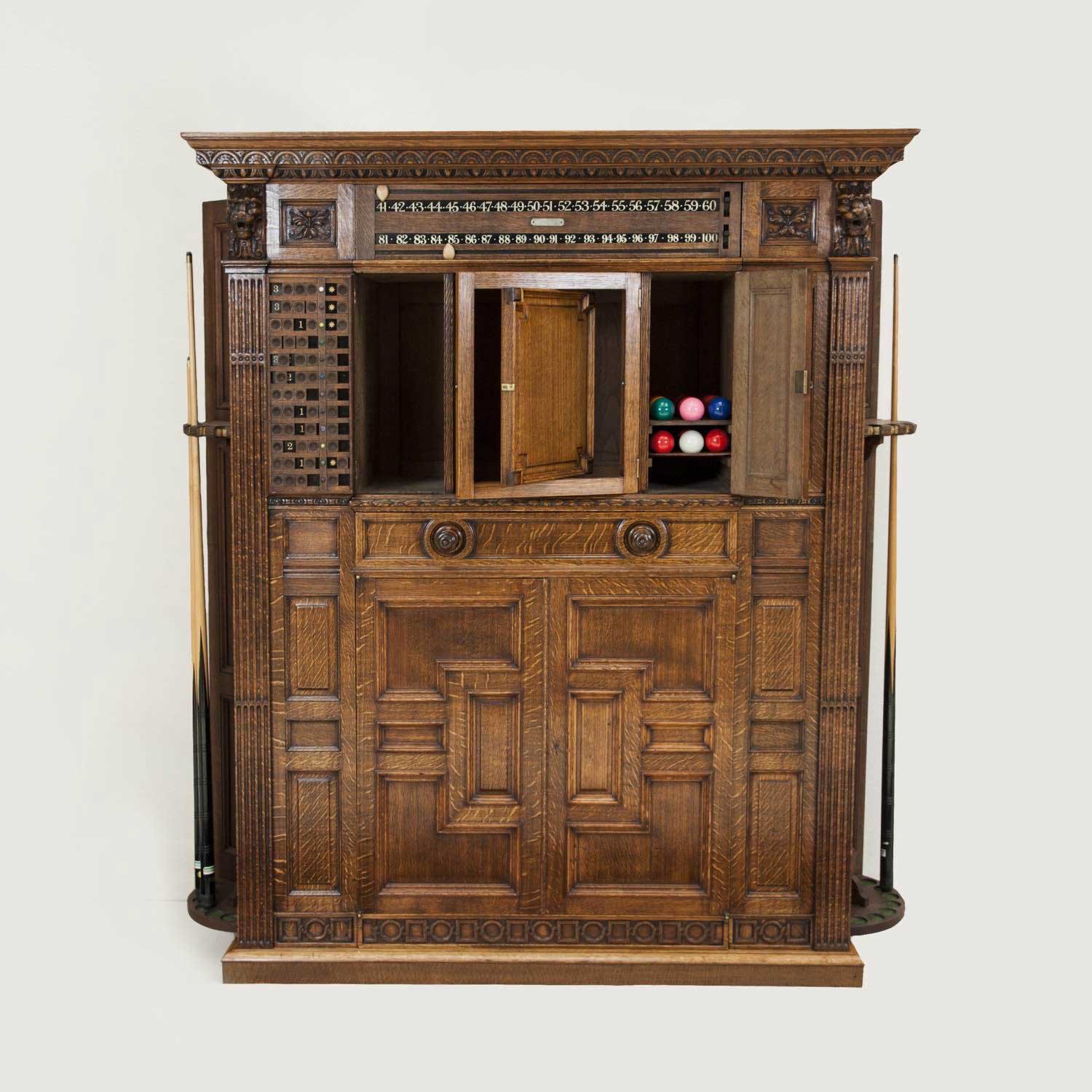 A Late 19th century carved oak billiards cabinet by Thurston & Co. The cornice having arcaded carving over 3 carved panels flanked by carved Lions heads, the centre panel revolves to reveal snooker scorer. The centre fielded panelled door having revolving panel revealing a slate for chalk scoring, flanked by carved cupboard doors one of which has a Life Pool scorer with sliding buttons to reveal numbers. All flanked by blind carved panels. The ends panelled which revolve to reveal cue storage the half round holders with brushes to hold the cues.

Notes on Thurston & Co of London.
John Thurston (1777-1850) was an apprentice cabinetmaker at Gillows of Lancaster’s. In 1799 he established his own company and specialized in billiard tables and associated billiard room furniture, at his premises in Catherine Street, Strand, London. One of his most famous tables was that supplied to Longwood house on St. Helena, which was used by Napoleon during his exile after the Battle of Waterloo.
In 1826 an innovative John Thurston introduced the first slate bed on a billiard table and supplied it to “White's Club” in 1832. He was promptly granted the Royal Warrant to his Majesty King George IV, followed in 1833 by that of his Majesty King William IV and finally her Majesty Queen Victoria (1837) on the completion of a table for Windsor Castle.
After his death in 1850 the company continued to flourish and won a Gold medal at the Great exhibition of 1851.
In addition to the honour of further Royal Warrants bestowed in the 20th century, important architects and designers, for example Charles Voysey, Frank Brangwyn and William Morris, were encouraged to design Thurston tables and many famous writers including Charles Dickens, Sir Arthur Conan Doyle and JB Priestly described them in their novels. 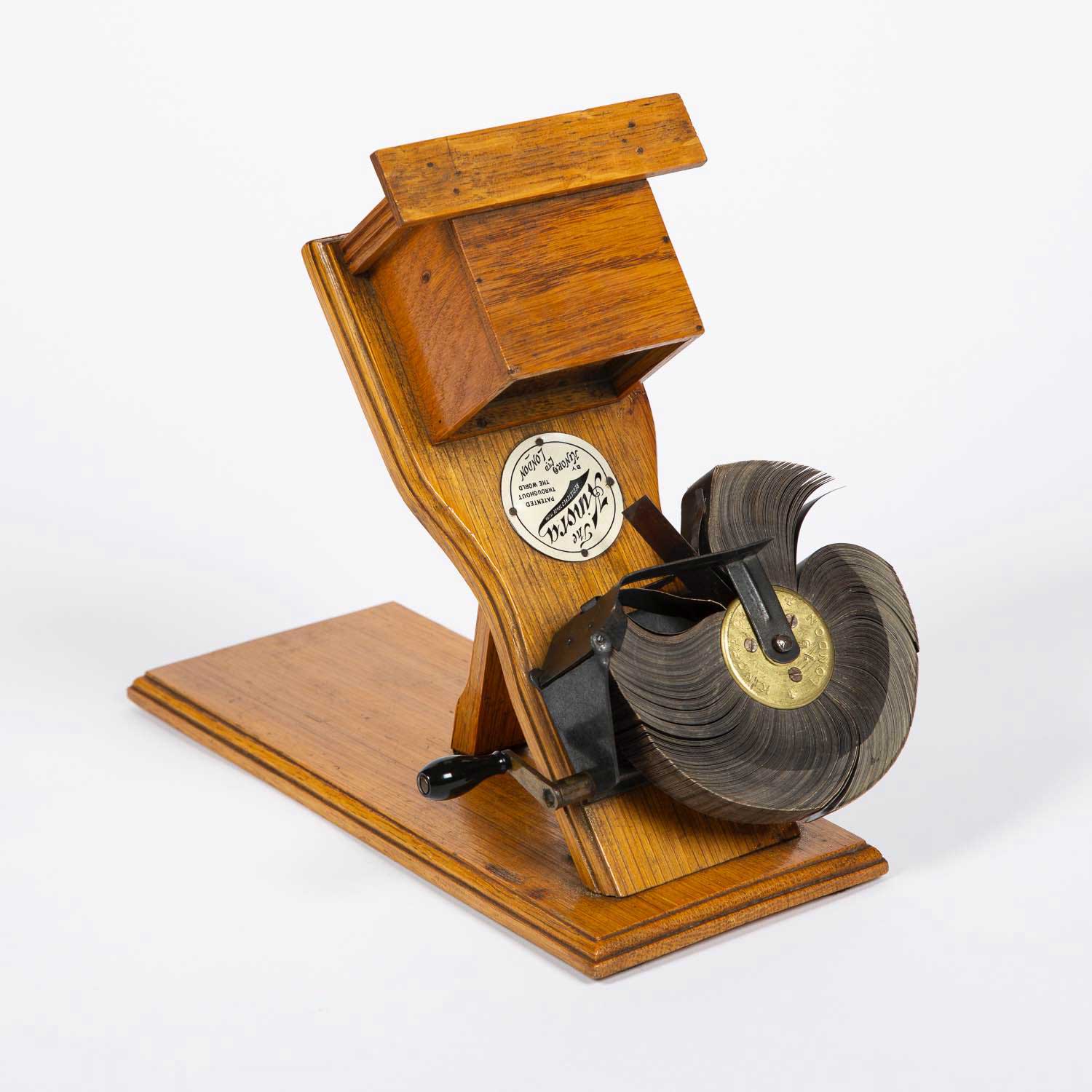 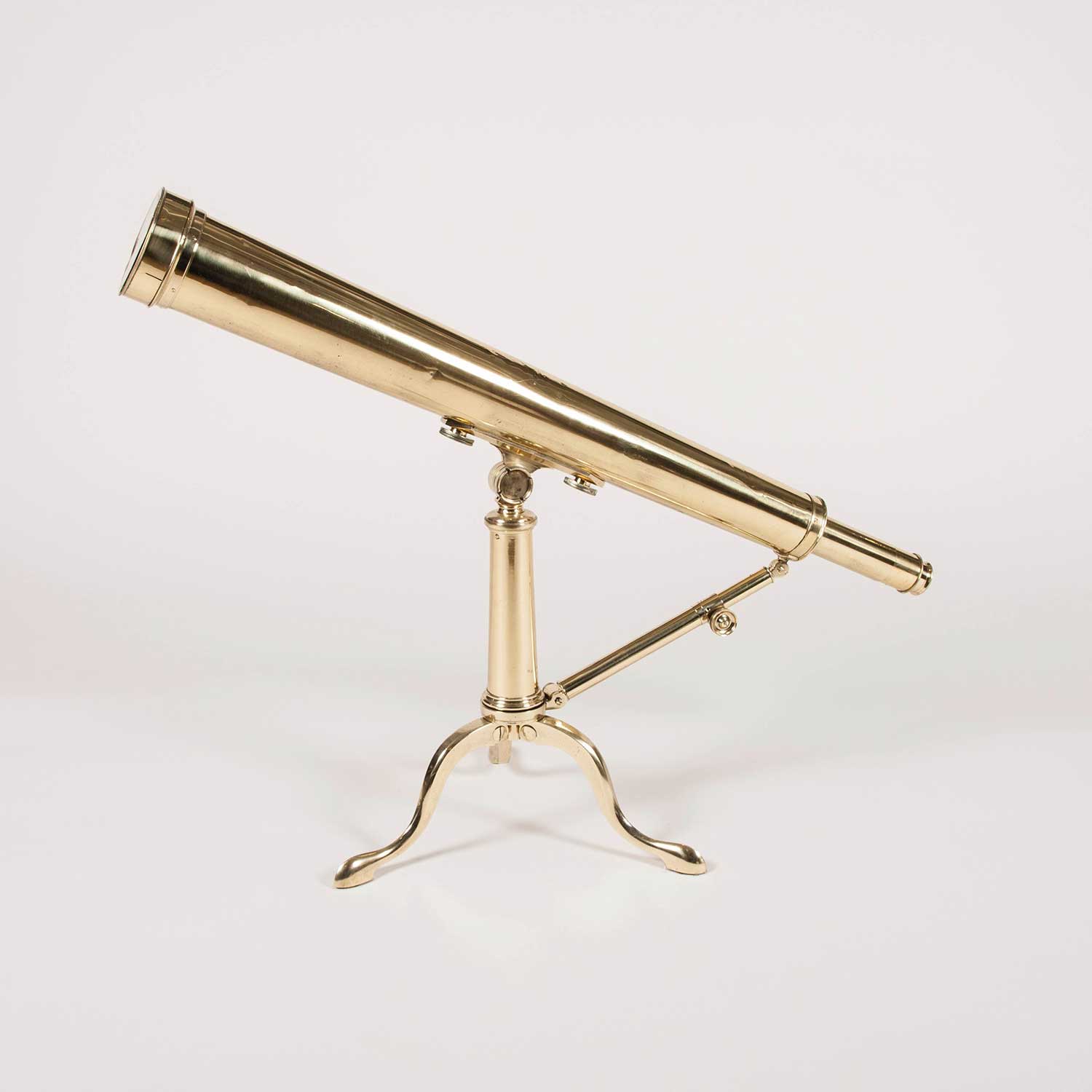 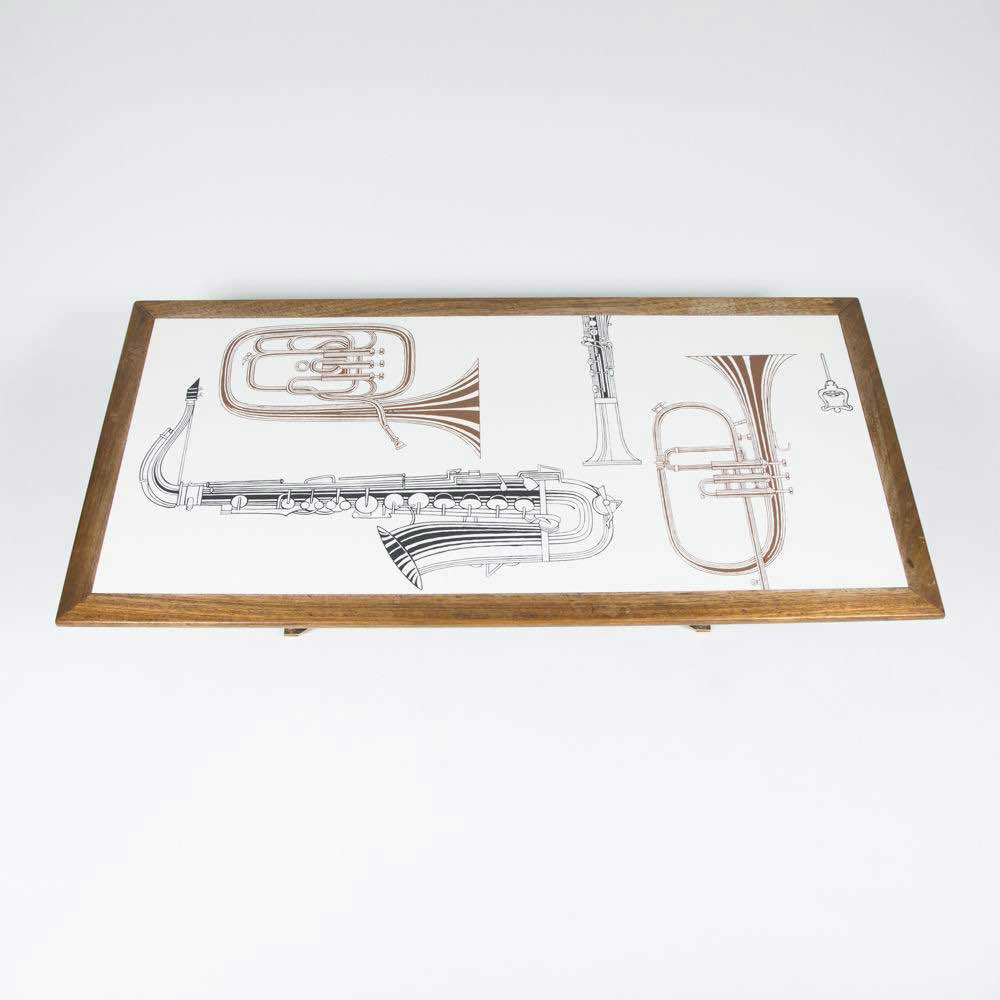 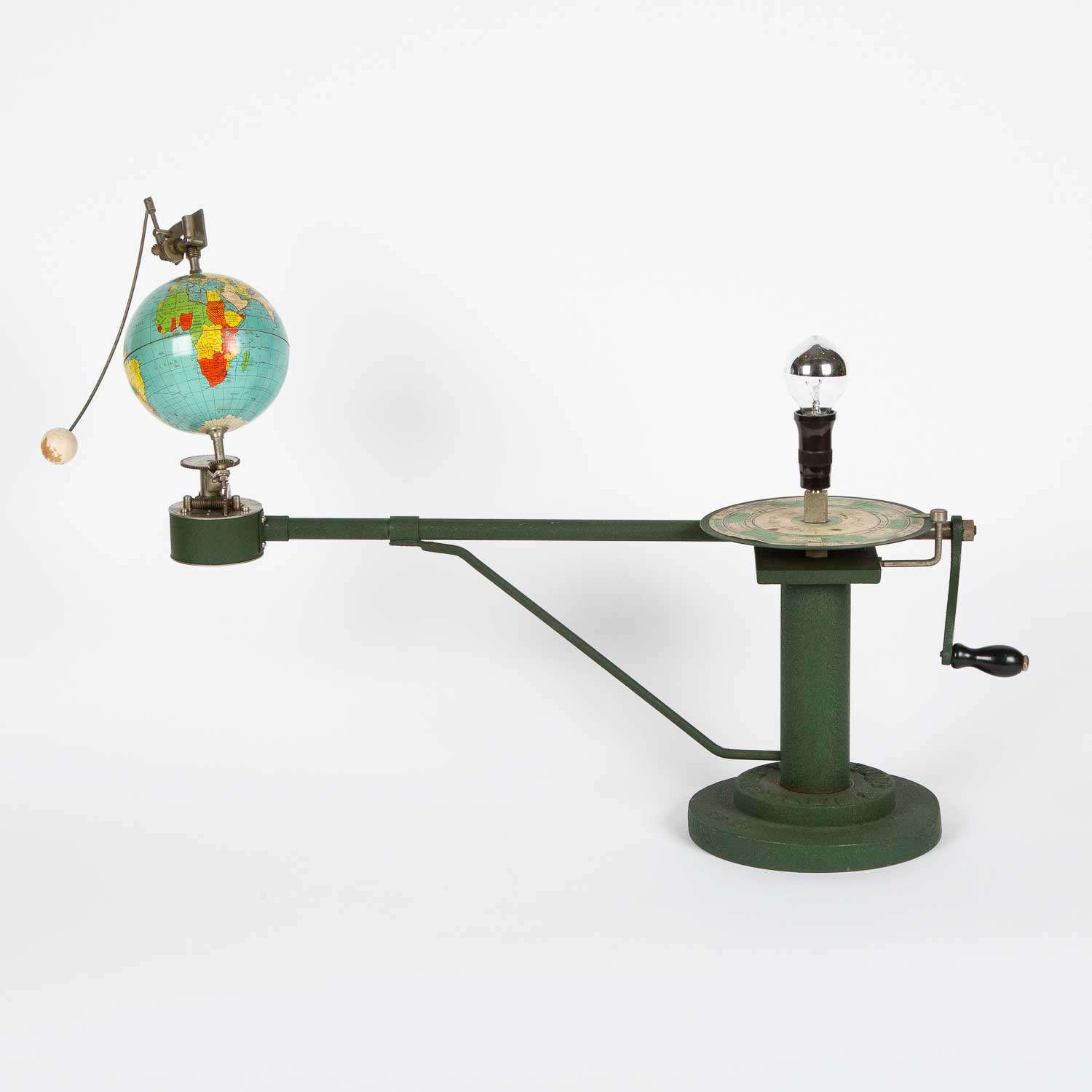 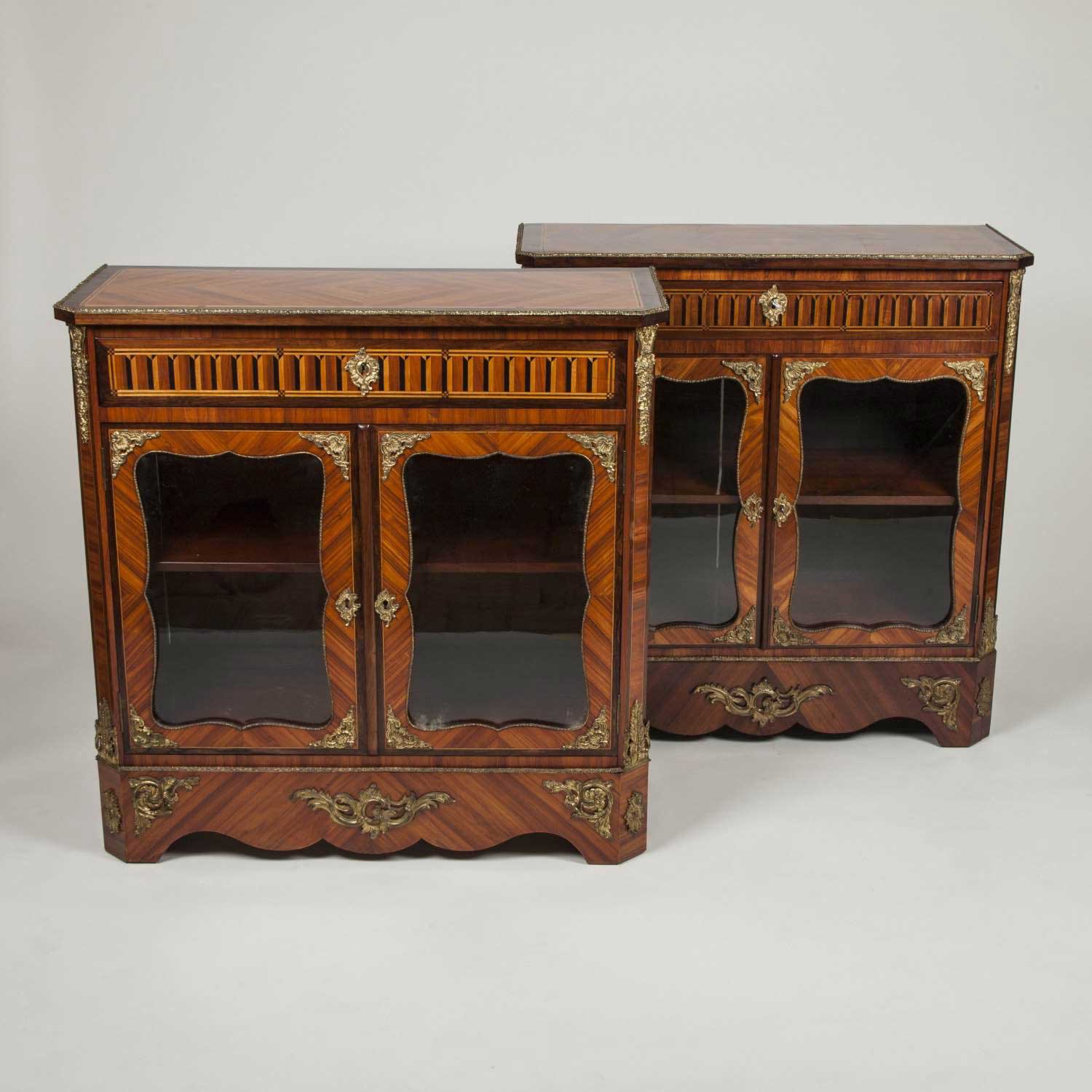 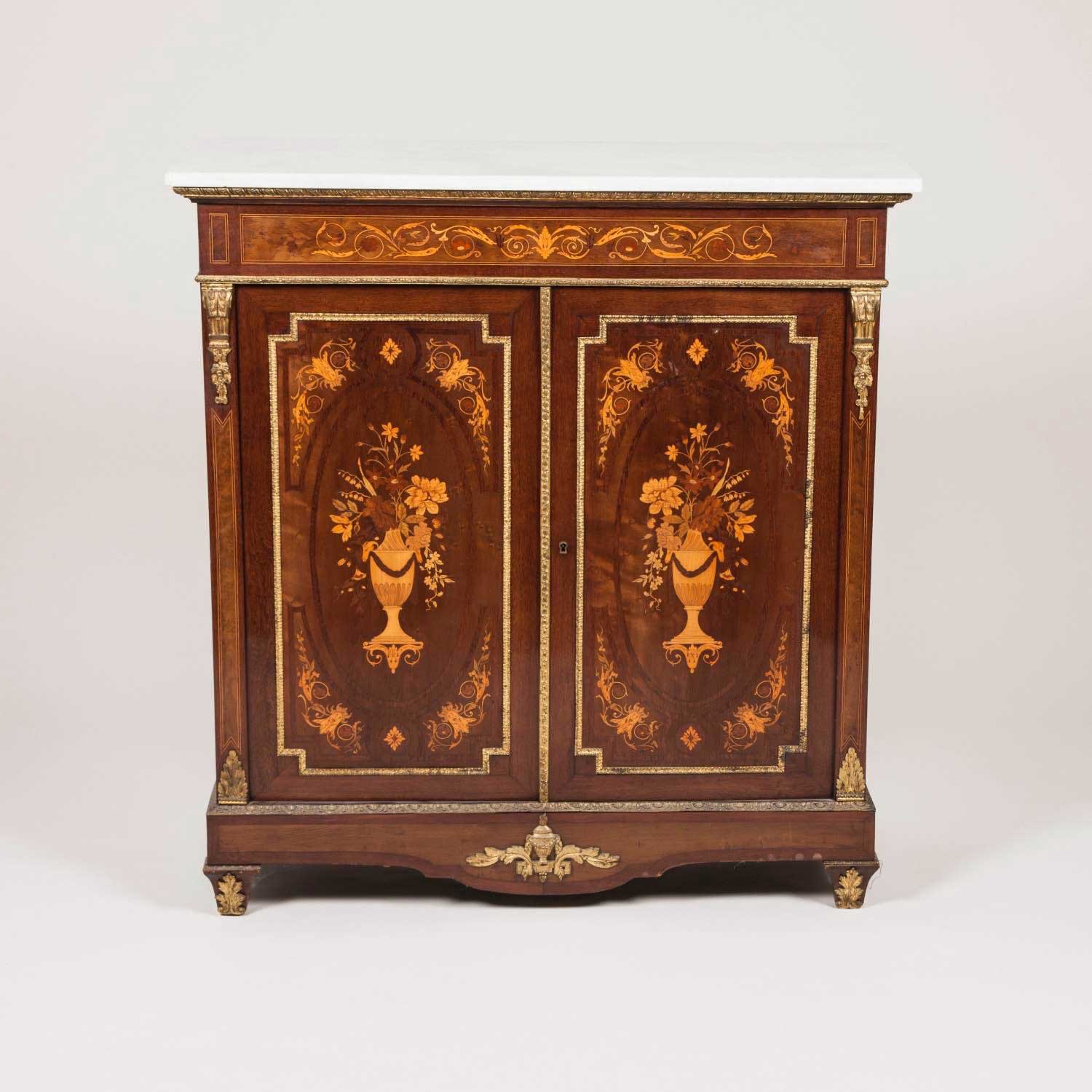 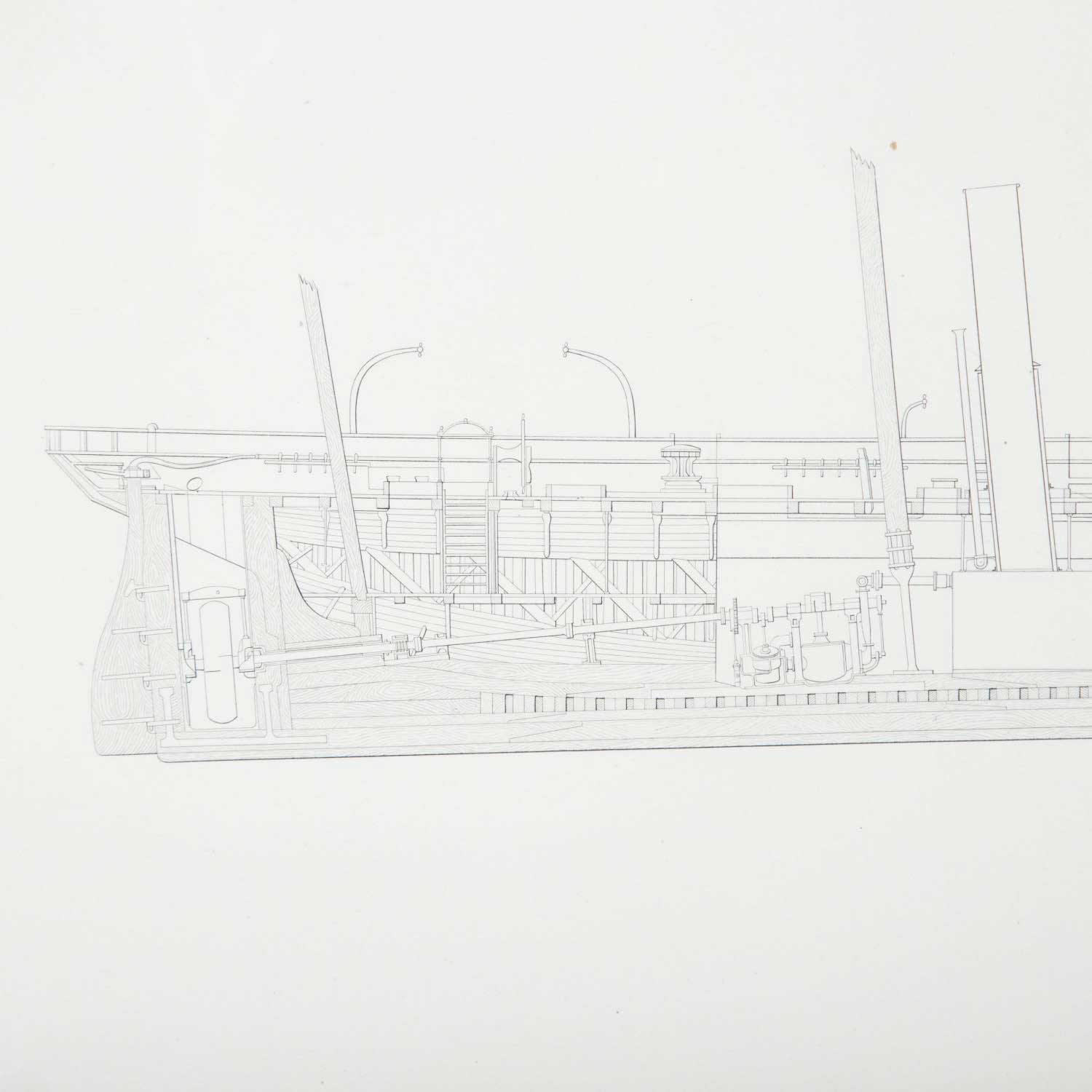 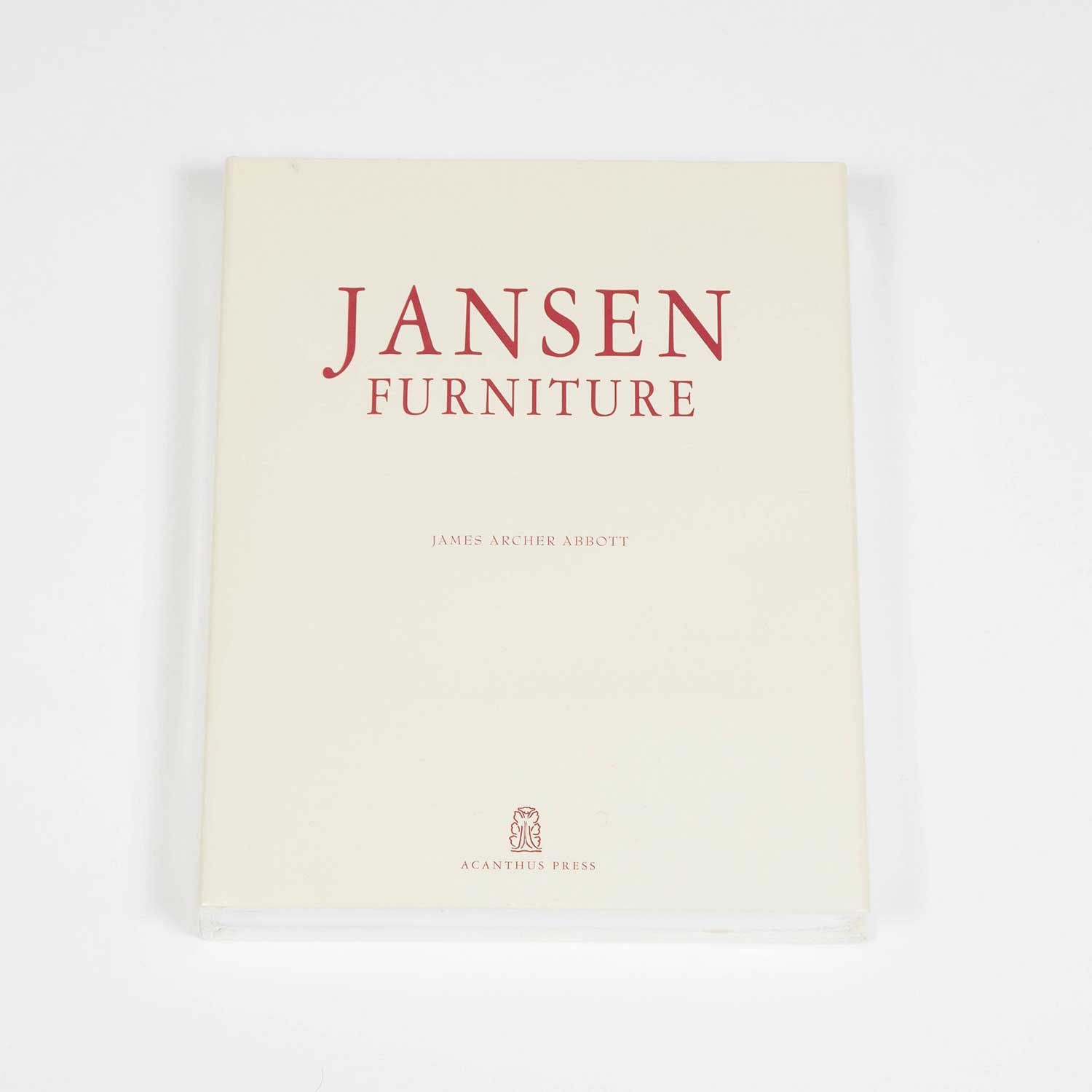